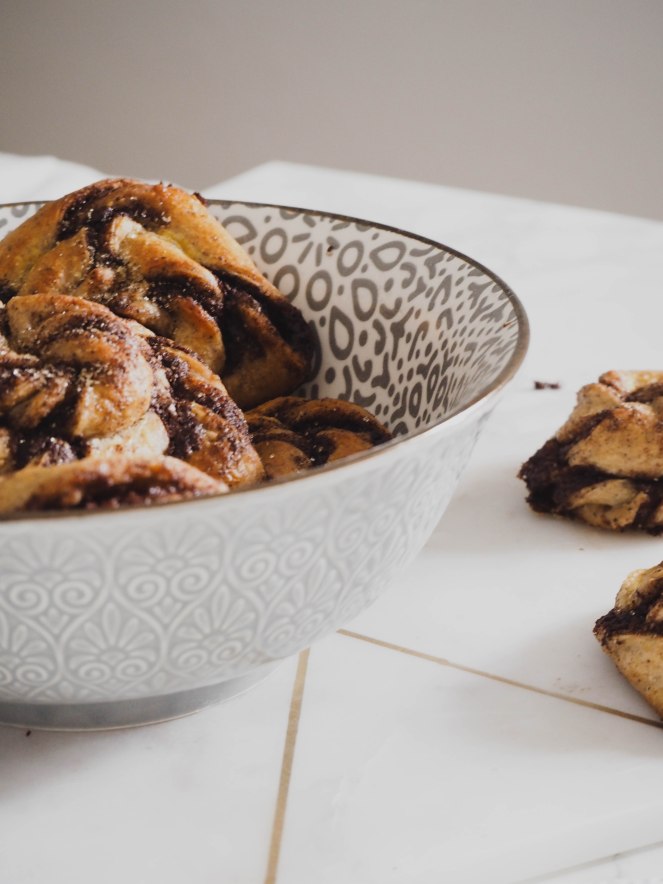 Who does not like the little wonders from Sweden? Ever since leaving Sweden in January, I am really missing those sweet, delicious little things. Having them sometimes for breakfast was just so utterly delicious. Back in Austria, I was not able to find “Kanelbullars” that tastes nearly as good as the ones in Sweden, so i decided to give it my own go. I thought especially with the upcoming Easter brunch this might be a handy recipe. Personally, I like cinnamon buns that have more cinnamon than sugar as filling and are really moist. Unfortunately I do not have the talent for moist cinnamon buns and my homemade ones always tend to be really dry….. until today! Recently I read in another recipe that you have to put a clean but wet kitchen towel on top of the freshly baked cinnamon buns, after they have finished baking. Of course I had to try this and I can say that this technique is approved, not only by me, but all the other friends I shared the cinnamon buns too! So there you go!