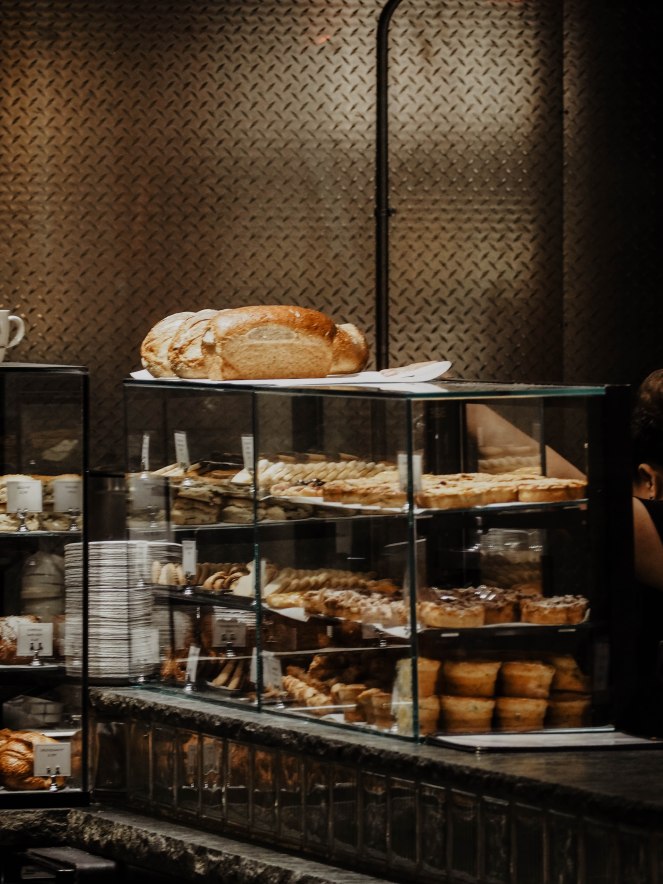 Before we even start here let´s make it clear right from the beginning: New York City is my new food-mekka! (Iam so sorry London!) Before I went to NYC I did a lot of research, since we only had four days to explore most of the city, so before boarding an airplane I had more or less a vision in my head which restaurant we have to try when we are there. Due to Instagram I also knew a lot of “instagramable” coffee shops, which make the most amazing latte art on a flat white and so on and so on. I know some of you are sitting in front of the screen thinking “Omg where is the whole exploring a city and actually discovering things?”, and let me calm you down, because as you all know things don´t go to plan! So most of the restaurants and cafés we went to, we found by accident and they were not on my list (if you don´t trust me, ask the step counter on my phone! :P), so therefore I am going to give you some recommendations of what we tried and I will also give you “the list” I wrote beforehand, so that if you will visit NYC you have enough options to try (trust me you won´t get bored anyway, but just in case!). 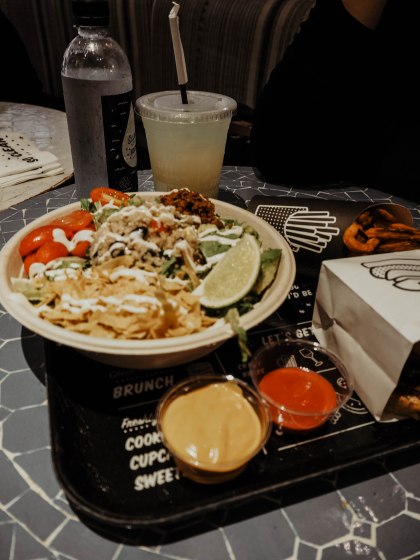 If there is one place in NYC that you definitely have to visit then it is ByChloe. Holy Guacamoly! They serve only vegan food, but the best vegan food ever! My mum even said that she had the best burger of the trip there, which obviously means a lot when you are in the US! I had a Taco salad, which was also very very delicious! We both loved it so much, that we decided to go back for breakfast and let´s say that, again, we were absolutely amazed by the delicious food. My mum had a French toast with maple syrup, banana and something else and I had a smoothie bowl, which was so yummy and delicious. I also got a Matcha latte, because the only thing missing at byChloe is a really good coffee, but the Matcha was pretty amazing. Definitely the culinary highlight of our trip and I am so happy that they opened several shops throughout the city. For breakfast I can recommend the one around from Rockefeller Center, since there was nobody except for us on a weekday. 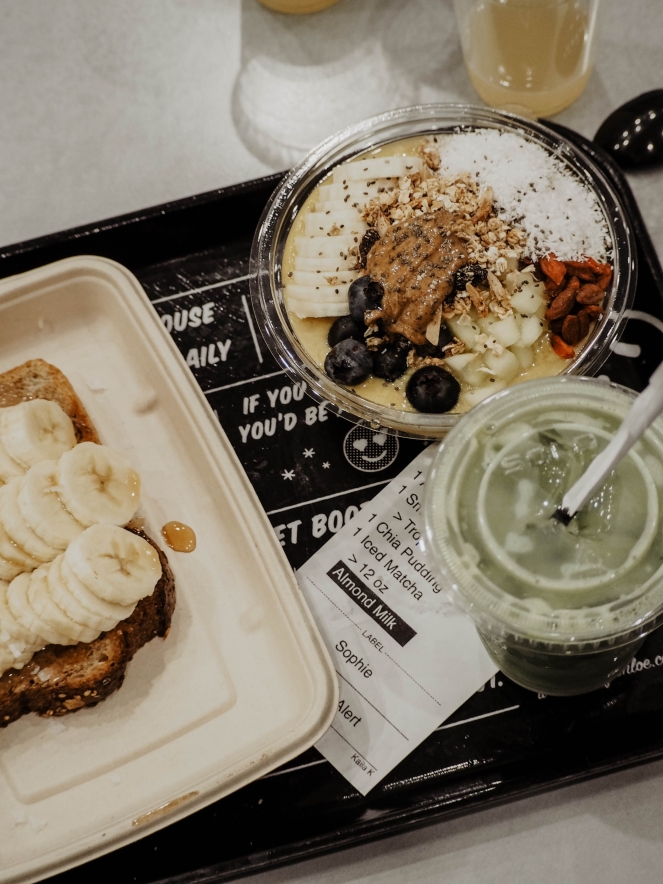 This was the only burger that made my mum thought, weather the ByChloe one was the best or not. They were however very close and both were utterly delicious. For everybody who does some research about #NYCfood, the name “Shake Shack” most propably sounds familiar. There has been a hype for several years now and let me tell you that this hype has a reason! We went to the one in Madison Square Park, next to the Flatiron Building (which btw might be new favourite building!) and we had some of the best minutes of our entire trip there. Not only, because the Shake Shack burger was out of this world, but also because the sun was shining, there was a jazz group playing in the park, people were passing by, you had an amazing view over to the Empire State Building and just because life is made for moments like this. Such a great spot!

Ever since we discovered “Le Pain Quotidien” in London some years ago, we are really big fans of the store and we were happy to see, that NYC offered quite a lot stores, one of them being located right around the corner of our hotel, directly on the way to the subway station, made it the perfect location for having breakfast (two times). They offer a really nice variation of homemade bread and pastries (definitely try the almond croissant), but also really good “breakfast” and by far the most important thing: coffee the French way! Which means in a bowl, rather than a cup and trust me this is your new epiphany when you are dealing with jet lag. I can really recommend the avocado on toast and the dragonfruit smoothie bowl, they are really utterly delicious. I have to admit that I was not to keen on the porridge, since I like it when I don´t have the whole oats in my porridge, I rather like a real mush. But maybe for some of you this might be THE porridge, so I thought I´ll let you know. 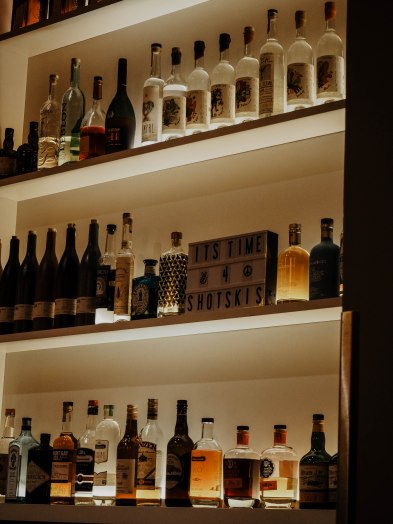 Of course when visiting the United States, you have to go and eat Mexican food, at least once. After strolling through the city, we decided to head for taco Dumbo close to Rockefeller Center, due to the fact that it looked really fancy and the menu also looked really appealing. First of all that only for the fact to see the interior you have to go there. So cute! And secondly, the food is amazing and tastes really fresh and yummy. We had “the impossible taco” and a taco salad, which bother were so yummy. The taco salad is really big, so there is no issue in sharing that. If you just want to eat tacos then you might want to opt for at leas 2-3 impossible tacos, otherwise the chance of you heading to the next Pret or Starbucks and grabbing a sandwich is really high. But I guess this is the case i most Mexican restaurants.

Although this isn´t a  typical restaurant or bar in the common way, but more of a gathering of many different small and local shops, bars, cafés and restaurant, it had to be on my list because first of all it is so cute and a stroll through the market has to be on your list of things to do in New York, and secondly because you will find any food you may desire here, so technically it is a restaurant right? No seriously, you have to see it! And make sure to connect a visit at the Chelsea Market with a walk on the High Line, which you are able to enter in the first floor. It is such a unique project and it gives you some great views over Hudson river. If you search a spot for jogging in New York, I would definitely recommend the High Line . On an early Sunday morning you will definitely spot some “real New Yorkers” doing the same.

an actual drink there, because whenever we tried the bar was full or it was raining in the evening, but I can assure you I saw the bar, but moreover I saw the view and let me tell you it was AMAZING! I never saw so many lights at once, you can spot the cabs that make their way down the 5th Avenue in the night and you can even see central park. I think this was the moment New York stole my heart completely. Make sure you see a rooftop bar whilst in New York! And btw I tasted the Gin and Tonic in the lobby and it was really delicious and well-mixed, so I guess (besides the bar being full all the time) that the drinks are really good.

As we all know, when it comes to Flat Whites Australia has to be the Queen, since the famous Flat White is really well know down-under, whereas more north, you are only able to get it in some coffee shops. Well, Bluestone Lane Café is a true “aussie-company”, which of course leads to one of the best “Flat Whites” of my life. So so good! There is a shop around the corner of Madison Square Garden (Yes, I looovee this place!), so grab one and maybe a salted caramel brownie (which was btw amazing too!), have a seat in the park and just watch life around you. So relaxing! 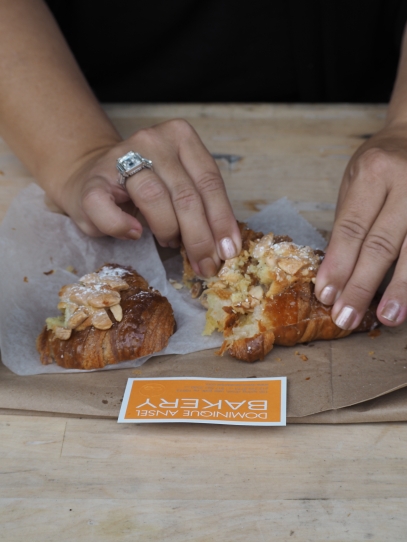 Some of you might have heard his name, because he is the father of the famous “Cronut”, and of course after this little pastry going viral (even up to Europe), my mum and I took advantage of our trip to the US and tried it. Honestly, I didn´t get the hype of it, whereas my mum loved it. Funnily enough, it tastes like something we have in Germany/Austria, which is called “Brandteigkrapfen” and for me personally it is just to oily and sweet, but for others this might be heaven. However, I wanted to put it on the list, because the coffee was really good and the other pastries looked incredible beautiful and delicious. We also tried the “Almond-Lavender-Croissant”, which was marvellous! Moreover, the area around it is really cute and has a lot of great shops to offer, so the bakery is the best spot to have a short break from shopping. 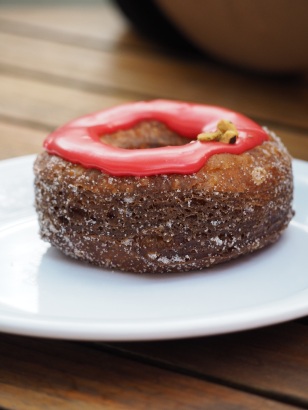 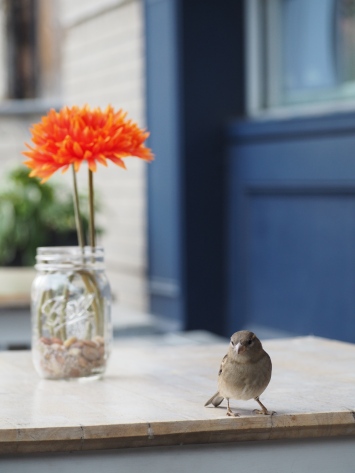