Since the recipe on Monday was savory, my second recipe in this weeks: Austria Week is one of my favourite sweet ones: Kaiserschmarrn! Some people eat it as a main dish, some as a dessert, personally I don´t care, it is just so delicious, you can´t resist both ways! As I am not the greatest fan of raisins I love the version with blueberries! So for all anti-raisins out there: this one is for you!

There are a few legends on how “Kaiserschmarrn” was created, some really funny ones too! My favourite one is: The cook of an Austrian Emperor made a pancake, but when he wanted to turn it, it broke. The cook was really disappointed and angry, so he made even more pieces and ran out of the kitchen. The servant thought the meal was ready and brought it to the emperor. So the emperor looked at the meal and then at the servant and said: “What Schmarrn is that?”. And the servant said that that’s a “Kaiserschmarrn” (Schmarrn is a mess, and Kaiser is an emperor). So there you have the one of the background stories to Kaiserschmarrn! Now lets make some!
For four emperors you will need: 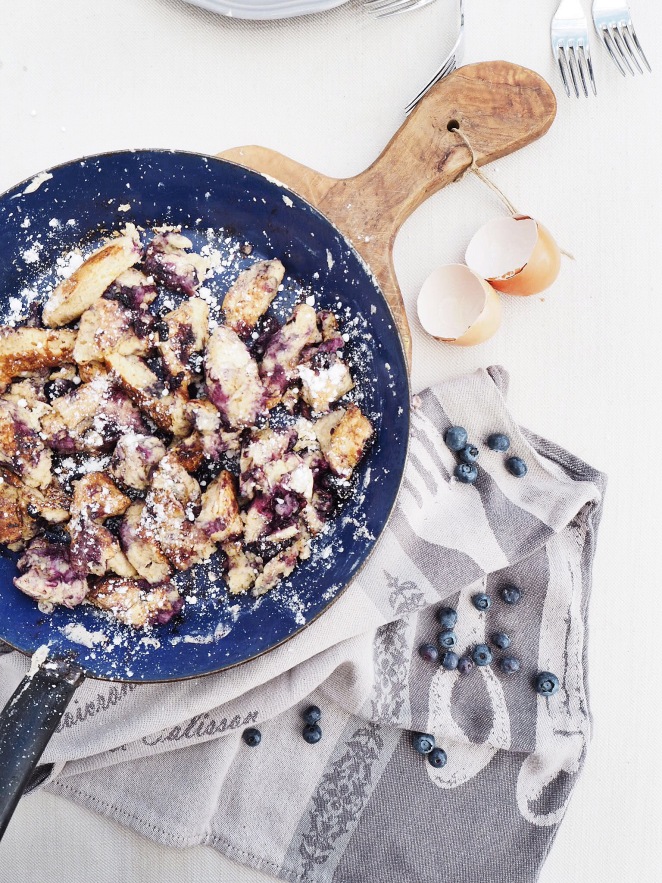 1. Put your egg whites in a bowl and beat them with a pinch of salt until they are very stiff! In a fresh bowl mix the egg yolks with the sugar, milk, rum and the flour, until the dough has some bubbles on the top. Fold in the egg whites until you have a smooth but fluffy dough!

2. Place the knob of butter in a pan, melt it and then put half of the blueberries in the pan. Wait a little bit until they are dewy and then pour half of the dough in the pan! Wait until the surface of the dough has some bubbles, then turn the big pancake around! Let it cook until it’s a little bit brown, then the fun part starts where you take two forks and make small pieces out of the pancake! Let it cook for a few more minutes! Put everything in a big bowl! Now you have to repeat the process with the remaining dough and blueberries!

3. When everything is done you can put some icing sugar in top if you would love to! Otherwise you just have to enjoy!

Let me know if you recreate this recipe, I would love to see your takes! 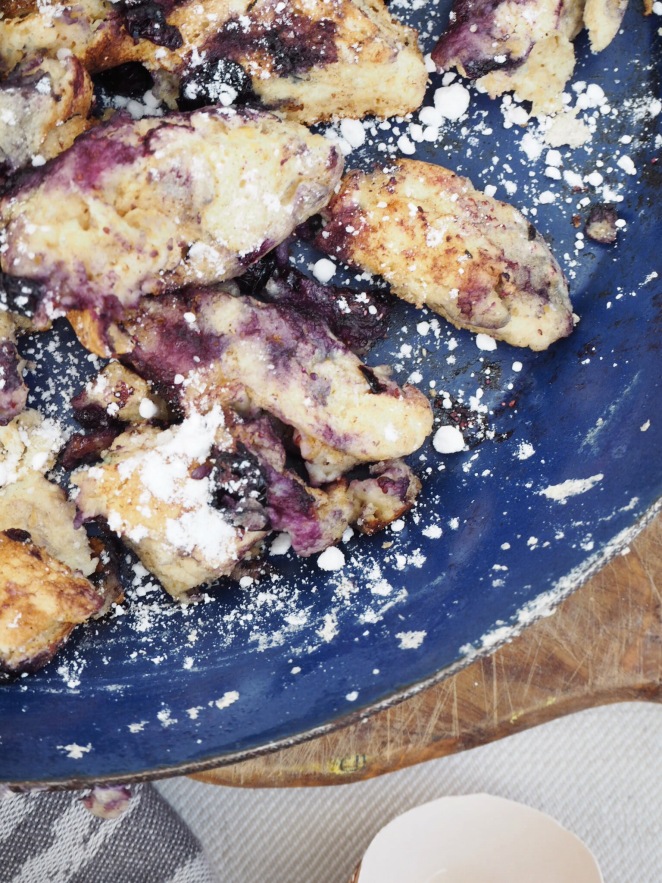 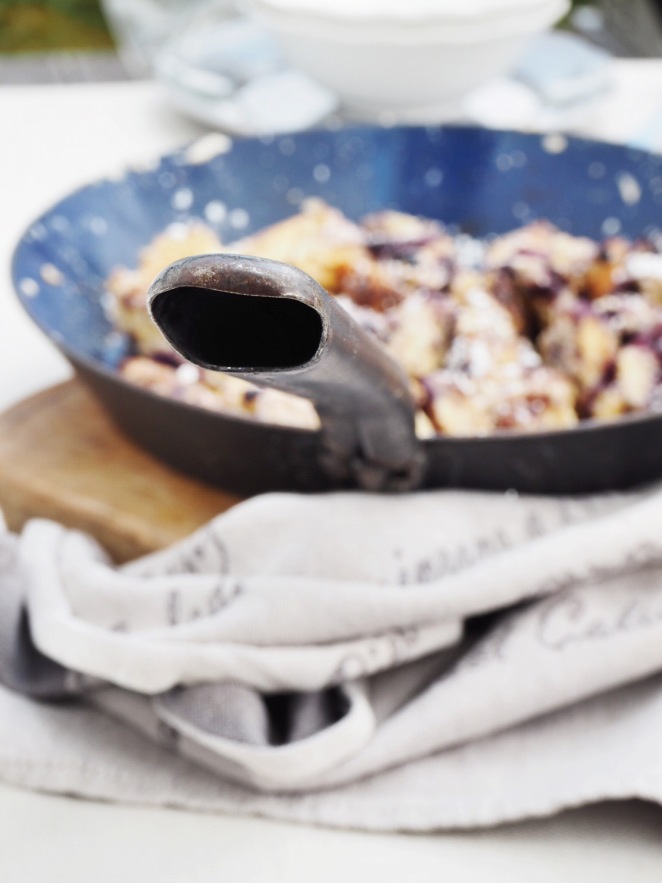